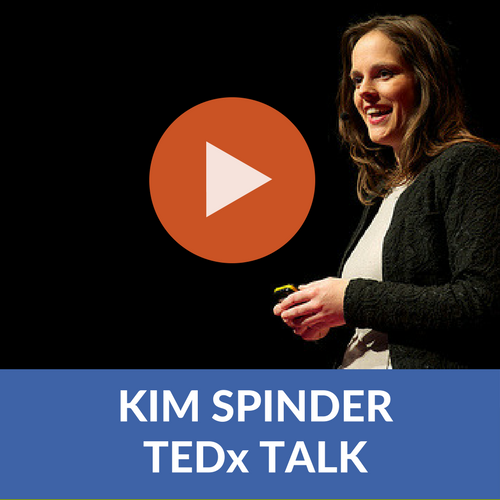 The last few days I told some people I was going to write a piece about this girl who quit email, every single response was “How would you do that?”. I understand this response, it’s what I thought when I heard it the first time, but I’ve come to realize that’s it’s the wrong question to ask. It limits and scares you from the idea. A better question to ask could be “Wow, what problems would that solve?”. Or “How much time would that save me?” Just answer this question for yourself. Good stuff, right?

Kim Spinder is a young woman conquering the world by storm with a “just do it” attitude. Quitting email is just one thing she did. She works with local governments in the Netherlands to help them innovate. As an example, she talked about redecorating a tiny little room of a big government building. She wanted to paint it blue. But no, that wasn’t allowed. Permission was needed by a superior. In that moment, I imagine she didn’t ask herself “What will go wrong if I don’t get permission?”, but instead asked “What will happen if we do it anyway and people still don’t like it?”. The answer being: paint it back white again, which really isn’t a big deal. Don’t ask for permission, ask for forgiveness.

To support her own cause for quitting email, Kim showed us one of the most famous TED talks ever by Derek Sivers: How to start a movement. The key point in this video is that someone who starts doing something new is just a lone nut, until someone else decides to get along. This first follower is important, he turns the lone nut into a leader. Kim quit email and she got her first follower, Lucien Engelen himself. Who’s next?

Here are three tips if you feel addressed by this:

1. Start with one project, you don’t have to go cold turkey.

2. Agree with your team on how you work together; choose your tools other than email.

Now, I guess this won’t make me popular with my colleagues, but I feel very much addressed by this. So starting tomorrow, I’m quitting email.

Inspired? Book Kim as a speaker

Geplaatst in English
← Video We Quit eMail: Join The MovementHabits make you happier and more productive →